Here are my thoughts:

1. I'm totally excited, I really love TV ... I know, it is probably rotting my brain, but a great television show can be almost as good as a delightful book. The thing about television is that it makes you drag the story out. When I read a story I want to get to the end, yes I savor it, but I move quickly. The story in its entirety is what excites me. However, when I'm watching a show I only get about 40 minutes at a time. Slow moving and detailed. It is lovely

2. With shows that The Vampire Diaries, Gossip Girl, and Pretty Little Liars - the show is better than the book. It is terrible, but everything is there, live and in color. It expands the story to make it richer and more complex. I'm really looking forward to it.

3. Here is a concern, you saw the movie, right? Well, I'm worried they may totally butcher the storyline again. I'm not saying the parts about jobs and Clary is an art student, I'm saying totally change the storyline, change the ending, change who knows what ... the whole thing. From that perspective the movie was a total disappointment (although, I'll admit, I own it).

These pictures are all from TVLine.com and you can check out that page for more information on the actors. 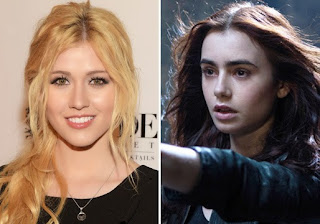 Here is our friend Clary Fray television vs movie version. The television version looks so much more like I pictured Clary (plus she doesn't have Lily's eyebrows). I'm looking forward to this casting because she has the looks down - but will she pull off Clary? I hope so. 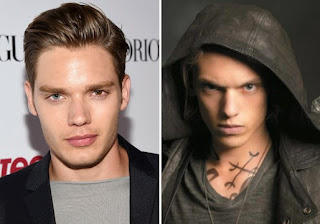 Jace, oh Jace. I liked Jace in the movie, he was a bit of a raw nerve, an edge that you were always on the verge of cutting yourself on. This is very much Jace to me. However, the Jace in the movie was so slight, thin, dare I say frail? Jace in the books is described as being pretty built so I think this new casting will be better for the overall look. Can I get past the two color eyes though? 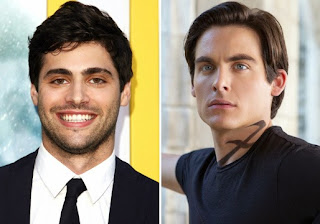 Movie Alec was always wrong to me. I pictured Alec as insecure and thinner. This Alec was short, stocky, and had too much hair. I know the fangirls really wanted Kevin (who plays movie Alec) to play television Jace, which would have also been a bad call. I guess I don't feel like he is that stellar of an actor. Anyway, I'm looking forward to the new Alec and I hope he can pull off a little more insecurity and be less ferocious. 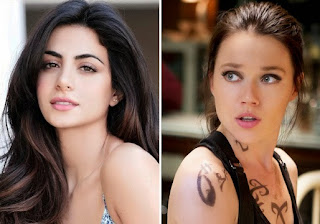 Isabelle in the movie was a little too insecure for me. I liked what a strong character Isabelle is in the books and our new Isabelle just looks tougher - it is in her eyes. I'm looking forward to her being fierce! 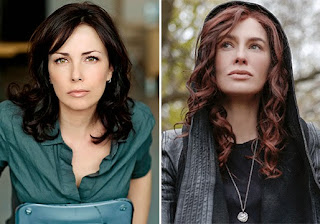 Jocelyn in the movie spends most of her time not in the film. I really liked the movie casting and I feel like the television casting falls a little flat. I feel like the TV version of Jocelyn is a little too old and not as mysterious as the movie version. But she hasn't done any acting for the show yet and might prove me wrong. 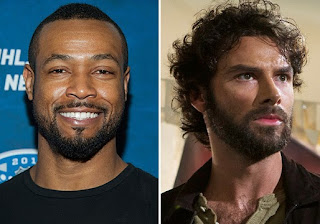 I love the bold changes they took with Luke. He will be a police officer which gives him more sustainability in the show's storyline and instead of a sweaty, hairy guy, they made him this hot black dude. In a society that whitewashes characters all the time (remember how upset people were when they cast Rue because no one knew she was black?) I'm glad that this show is upping the represented ethnicities. 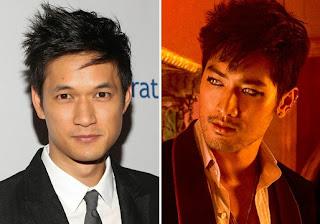 Magnus, perhaps my favorite casting. I always pictured Harry as Magnus - maybe subconsciously, but I think he has the smooth charm needed to play this role. Oh, I'm so excited. Magnus is my favorite. 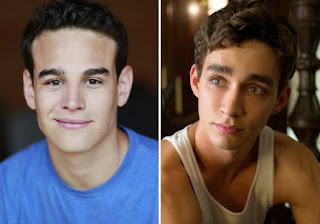 Simon isn't my favorite character, but I'm glad they moved him up in the world from silly little boy to semi-dopey best friend status. I'm glad he will be a student rather than a wanna-be rocker. I never felt like that fit him well and maybe this will make me like him more as a character. 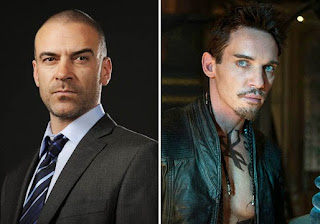 Valentine's casting is perfect. He is dark, angry, and perfectly how I pictured him. Jonathan Rhys Meyers was too weak looking and never really made me believe he could be evil - I was always disappointed in his casting. I'm so looking forward to seeing Alan Van Sprang bring this character to life. 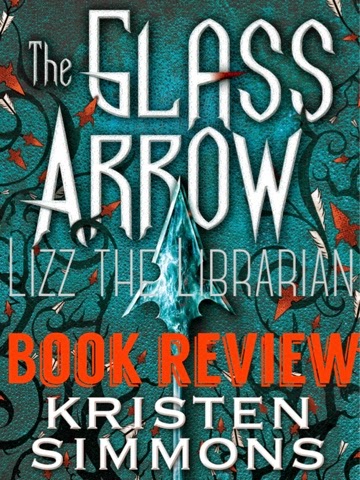 Read more »
Posted by Lizz in Bookland at 5:19 PM No comments: 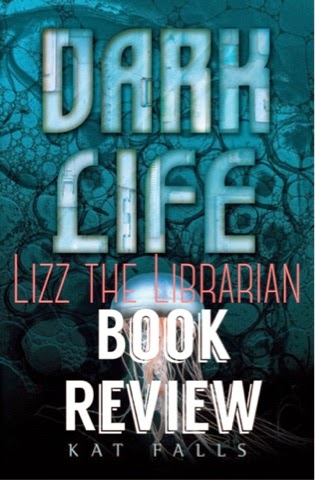 Tweet Synopsis: Could you live under the ocean, in the dark? What if there was a risk, what if you could develop something?

Read more »
Posted by Lizz in Bookland at 5:18 PM No comments: 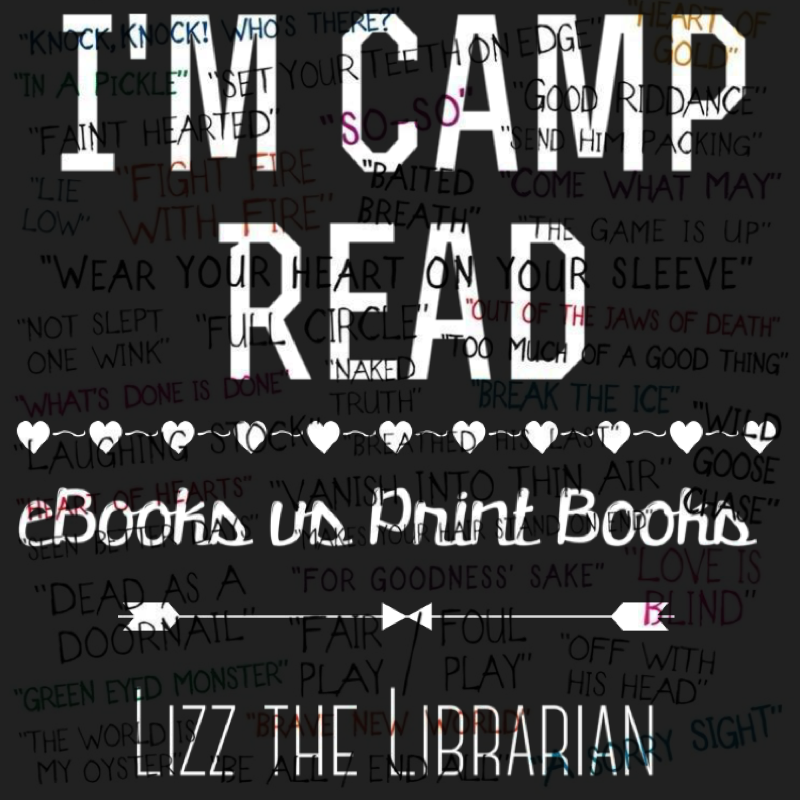 I love books. As a little girl I spent many hours with books. I grew up listening to them, loving them, watching them float in toilets (true story), reading them, memorizing stories, befriending librarians, paying overdue fines, making Wish Lists full of books I couldn't live without, counting down to new release dates, yelling at authors, slamming books closed, crying when characters make me mad, flinging books across the room only to run after them again, getting only two hours sleep because I stayed up to finish the book, going in to the library on my day off to get the next book, checking out my limit, not to be trusted in the bookstore with a credit card ... grown up book lover.