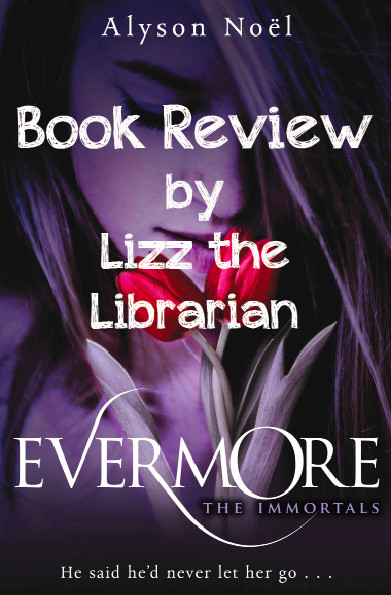 This book started so … ordinary. A girl, a new school, her parents died, she is shutting everyone out. Then we discover she is psychic and there is a boy. All of this in the first two chapters and still I just could barely care. I nearly put it down. Maybe I'm on book overload - that is probably it. However, I'm glad I stuck it out.

I liked not knowing what was going on and being confused. I know it is funny to say that, but I don't like it when books spill all their secrets, I like to travel with the story. I also liked how Ever's friends were real, they got mad, they left each other, they were so human. Friends, especially high school friends, aren't loyal to the end. This was refreshing.

I didn't really like her little sister, the ghost, visiting all the time. Maybe if it were an older sibling, but knowing it was a younger sibling made Ever seem pathetic. Now, she kind of was, she relied in an unappealing way on her little ghost sister. I also struggled with Ever's name. I mean, there were sentences like, "don't you ever do that, Ever!" Instead of reading straight through I would get hung up on the details, rereading sentences to make sure they made sense.

Finally, Damon is such an over used name for a tall, dark, handsome, and dangerous boy. Between Obsidian to The Vampire Diaries it is the biggest and most annoying trend I've read so far. I'm mean, thankfully this wasn't another vampire book - but he could have had a more unique name.

Will I read the rest of the series? Probably not … so many books, so little time and all that.

Posted by Lizz in Bookland at 8:21 PM