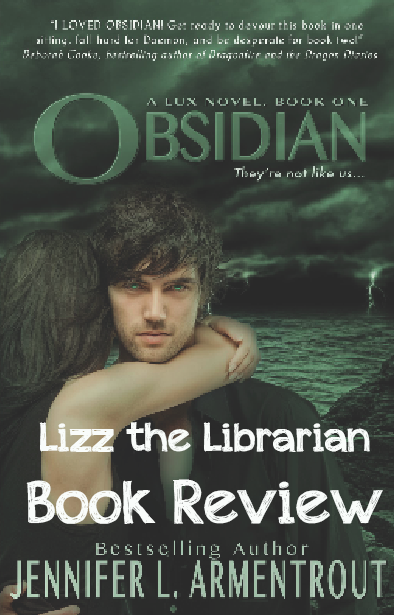 This book is one of those read-in-one-sitting, guilty-pleasure, I-so-wish-the-male-lead-was-a-real-person books. We didn't have it at the library so I had to request via Interlibrary Loan - I had no idea what it was about, but I HAD to read it (or so many other friends had told me). They were … right.

This lovely dessert book starts with Kat who has just moved to a tiny town. Her mom is annoying funny about the hot guy next door and getting her poor nerdy daughter to date. Kat doesn't feel particularly attractive and would really rather read and blog (hey, we connected at that level). However, we all know that wasn't going to what this story was about.

So, Daemon (i.e. Hot Guy), is described as follows, "Beautiful face, beautiful body, terrible attitude. It was the Holy Trinity of hot boys." The line made me laugh, smile, and refuse to put the book down from there on out. I didn't say this was a sophisticated read.

Daemon and his sister, Dee, have a secret and befriending Katy has put her in danger - and Katy doesn't even know. All she knows is that there are these two super-models living next door to her and slowly complicating her life.

The story isn't complex or particularly unique (although different). Some might say it is Twilight with a different cover on it (although, you don't see Katy laying down in the woods and freezing to death when Daemon isn't around).

How much did I like this? 8/10,  I couldn't put it down … but it isn't Shakespeare or anything

Will I read the rest of the series? I had to start the second book immediately … 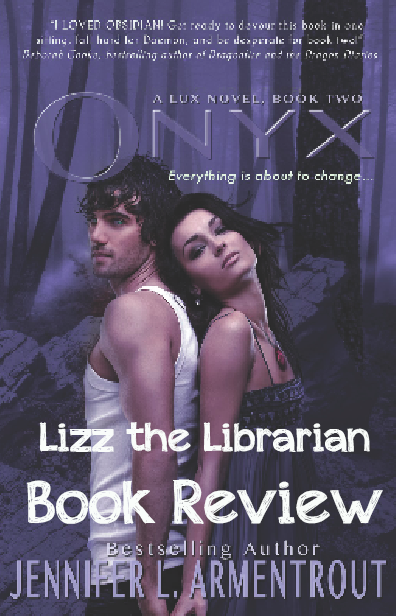 Immediately following the completion of book 1, I had to download Onyx onto my iPad because, as I mentioned, my library doesn't have it. I had already stayed up until 1:30a reading the first book, so I didn't start this one until the next day.

I dislike most second books (except Catching Fire, that one was better than the first … as was the Crown of Embers), but this one was just as good as the first. A little less plot, a little more Daemon being Daemon. As an aside, never name your child Daemon - between Daemon Black and Daemon Salvador, that baby will end up a womanizer no matter what ;)

Anyway, back to the book. The adventure and romance step up their game in this book - although Daemon becomes even more of a jerk (but let's be honest, that is what makes tender moments so much better, right?). Now that the secret is out, there is no stopping Katy from being in trouble, and she is pretty awesome at protecting herself.

Who will enjoy this book? Pretty much anyone who read the first one. That one leaves you hanging, so be prepared and grab this one as well!

Will I read the rest of the series? I think I'll stop here. Things were summed up pretty nicely and there are just too many other books to read!
Posted by Lizz in Bookland at 8:58 PM