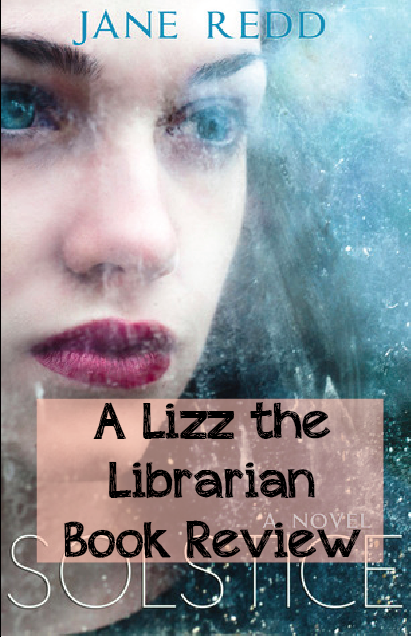 Tweet Synopsis:
Come and meet a new Dystopian that has been covered with water and Jez has been tasked to save it all ... if only she knew what was going on.

Why Did I Pick It Up:
This book is trying to get published via Swoon Reads and I offered to read and review it.
The Good:

Jez is an interesting character whose life has been spent trying to be fantastic to get a great position within the government to shut down whatever is going on. That whole part is pretty vague. The great thing about this book was the attention payed to the secondary characters. I feel like my college writing professor would have written, "lovely" (his highest form of praise) in the margin again and again in reference to these secondary characters. They move along the story line, bring emotional depth to both Jez and the scenes, plus they add interest and layers to the story.

The premise is unique and fresh, which is really nice in the flood of dystopian novels that have hit the scene since the popularity of Hunger Games and Divergent. The world is covered in water, the people in control share no information, and the sun doesn't shine. Sounds bleak, doesn't it?

This book is no "Hunger Games," not that it has to be to be a good book, but the whole world isn't well developed enough. I never felt like the bad guy was really a bad guy, like the outside world really existed, like the problems were really problems. The whole emotional toll that other dystopian novels bring, this one lacks.

The Ugly:
I'll be honest, I'm reading this via a terrible PDF file and that is part of the reason I struggle to get involved in the story, it is just a bad format for me (lesson learned), but I feel like the story is just leaving me lacking information. I spent the first half of the book having no idea what was going on - not in a good, I must read more to know what is going on way - but in that, the author didn't know how to get to the good part way. Many people would say that the book was just moving "slowly," which some readers really like, but I didn't.

I wish that the book had been told in third person to really share a more "full" picture of what was going on and what they were missing out on. I guess they couldn't read anything, but as the reader you just kinda figure it out, rather than being told there were no books. We weren't told because Jez didn't know anything else. A third person narrator would have given me a way to connect with the book and a way to compare it to my world.


Who will love this book?
Lovers of Dystopian novels will like this book because it introduced a very new and different world.
How much did I like it? 7/10 (does that seem high after my review? It might be, but I think it is because much of my lack of connecting with the book had to do with the PDF version I was reading.)Will I read more? Probably not, but I never read sequels anyway.
Posted by Lizz in Bookland at 4:56 PM