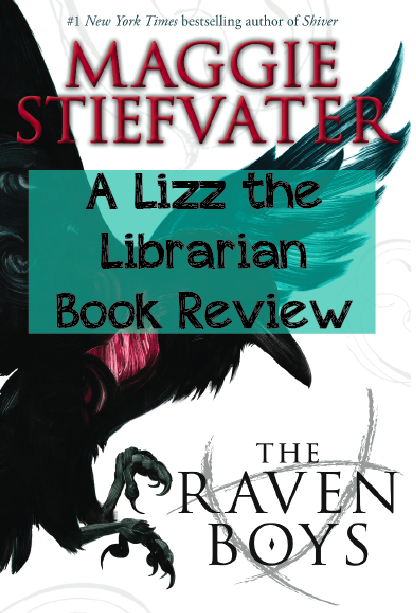 Oh my goodness I finished a book!

Tweet Synopsis:
Four boys on a quest, one non-psychic girl, surprises around every turn and old magic. The future has been written and it doesn't look good.

Why Did I Pick It Up:
Several of my "Instagram Friends" have been gushing about Gansey on their feeds for weeks, I had to pick up the book and find out what all the squealing was about.
The Good:

This book is awesome from the first page, which is a delightful change from many of the other books I've been reading lately. Blue is an awesome, strong female character who still shows weaknesses. I didn't realize that I was even missing that in a character until now and I think it is a hard line to find for an author, but Blue is well developed and very realistic to me.

Gansey is also a brilliant character who I wish I knew more about. He very much feels like Hamlet to me, conflicted, but isn't nearly as well-drawn a character as Hamlet is. Gansey's story feels like it has some holes in it, which might be on purpose, but he is always telling me he feels badly about acting wealthy, for lack of a better description, rather than showing me that he feels badly.

Blue's "aunts" are brilliant in their own right and I'd like to see this as a movie just to see who they'd cast to play those roles. I feel like her mother, who may be the most important female presence in her life, has the least amount of interesting pages dedicated to her.

The remaining Raven Boys are Ronan, Adam, and Noah. They are all interesting in their own right, Ronan is the troubled rich boy (he is like Logan from Veronica Mars, but scarier) with a heart of gold. Adam is the boy from the wrong side of the tracks. Noah is this sweet friend that we know nearly nothing about until we know everything.

The story line is unique and lovely, I finished wanting more and going back to re-read chapters to make sure I understood. This is a feat I usually save for Harry Potter and the like, so that is a huge compliment.
The Bad:
I'd like MORE! More character development, more development of the quest they are on, just more! I feel like so much happened in this story and I wouldn't want any of it taken out, I'd have liked the story to have been longer.

I don't like how everything with Mr. Whelk was handled, and then he started having his own super short chapters ... I didn't care.

I felt like I knew nothing about Noah before I knew everything ... WHY?
The Ugly:
I really enjoyed the book, but if I were going to say something was ugly, I'd say the way we left things. I really needed the second book on hand immediately because that was some cliff hanger. It isn't even that it is in the middle of action, but rather that I have so many questions still ...

Who will love this book?
If you love a great, unique read with strong characters and an intricate storyline, you'll love it. If you liked the Abandon Series by Meg Cabot or Hush Hush by Becca Fitzpatrick (although, not nearly the romance that Hush, Hush is) you'll love it.
How much did I like it? 9/10 which is a really high rating from me, I really did love it
Will I read more? Yes, I've already checked to make sure I can get it from the library in the morning.

Posted by Lizz in Bookland at 6:56 PM