** Warning, this could read a little "spoiler-y" if you haven't read the first two books in The Raven Cycle series ... actually it might be spoiler-y all together ** 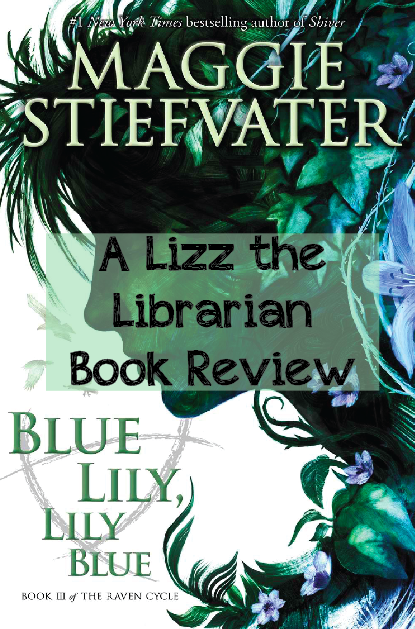 Tweet Synopsis: Blue's mom is gone, Ronan is in a mood, Adam feels less than human, and Gansey takes two steps closer and one step back.


Why Did I Pick It Up: After reading the first two I really don't plan to stop now.

The Good: I love it when an author turns things on their head. Even keeled Blue is having a bad time of it, and she let's everyone know. She semi-self-destructive behavior has even Orla warning her to settle down. Why isn't everyone more concerned about Blue's mom? As Gansey moves to hold everyone but Blue at arms length, Adam gets in touch with his Tarot reading self, and Ronan is somehow the only character holding it all together?

The book keeps moving along, the storyline becomes more twisted, and the only reason I could put this book down is because I fell asleep. In fact, I would have to re-read entire chapters when I picked it back up because I think I was sleep-reading.

If you're expecting a kissy plot twist, you'll be disappointed in this book, but don't feel like the plot is lagging as a result. I feel like I'm running forward when I really want to run in the other direction - much how I feel Blue feels about the whole thing.

Very similar to the movie Crash, we are seeing why these four characters have been brought together in a very slow and rewarding way. Did Gansey know all of this when they started? Why is he more of a mystery now then when I started the series?

Although Adam is my least favorite character, I think he might end up being the most important. I can't even put my finger on why, but I feel like this will all hinge on him. That isn't a spoiler, that is just my feeling on the matter.

Ronan, sheesh Ronan ... although the part with him and Blue in the cave makes him seem a little more human (in a completely different way then Adam doesn't seem human). Ronan + Adam ... tell me that is just the fan girls talking on GoodReads because otherwise I missed something in the book.

The Bad: Why aren't we getting to that kiss? We know it is going to happen. I mean, don't we? Maybe we don't. I don't want it to happen (although, I kinda do).

Who will love this book? Anyone who read the first two ... obviously you shouldn't start here.
How much did I like it?  8.75/10
Will I read more? Yes, I'm counting down the days