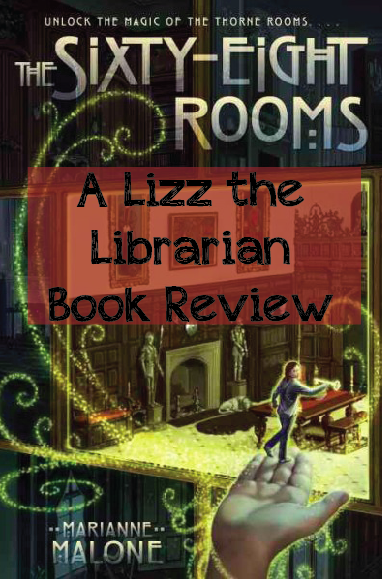 Tweet Synopsis: The Thorne Rooms at @artinstitutechi are #magical to look at, but even more magical to explore #secretkey #mystery #adventure

Why Did I Pick It Up: I grabbed this in audio version for a road trip to California after a recommendation from NPR via a library patron.
The Good: This is a fun story for middle-grade readers that is part "The Borrowers" mixed with magic and the dreams of anyone who has every owned a dollhouse. This is a great read for kids who don't know what they like to read (as a librarian I hear this at least twice a week) and good for adults who want something fun and fresh.

What a great way to incorporate a real thing (the Thorne Rooms), add in history, and create an adventure. It made me want to visit the Thorne Rooms live and in person so badly! I have checked out this book a few times and just salivate over the pages. The tiny rooms look so real, whereas my dollhouse furniture definitely looks like tiny versions of the real thing.

Although we listened to it on audio and it took about 7 hours, this book promises to be a quick read and would make a super fun read-aloud for younger kids who aren't strong enough readers to tackle big chapter books themselves.

The Bad: Although the storyline is a little simplistic and we could pretty much guess where it was going from the beginning, the storyline wasn't bad.  Don't say that this is a kids book and kids books are simple. Because they aren't. Think of the last Newberry Winner you read - I've read more than half the list and they don't have simple plot lines and easy to discern endings. They are complex, a little messy, and great reads. They are also written for children.

The Ugly: Sometimes, when I like a book, I wonder why I have this "Ugly" category - isn't good and bad enough? Alas, it is here and I like to follow a format ...

I think that the only real drawback is that these kids lie to their parents, big elaborate lies, stay out all night, break and enter, nearly die several times, and they get away with it. There is no recourse for their lying, they don't feel bad, nothing too traumatic happens. In fact, the whole book ties up very neatly with a bow on top ... and everyone should know by now that I don't like that. Real life doesn't look that way. Just because this is a children's book doesn't mean that it needs to be so neat and tidy.

Who will love this book? Lovers of adventure (especially those 3-5th grade), younger readers who like to be read aloud to, adults who want a quick and fun read, and lovers of The Borrowers.
How much did I like it?  8/10
Will I read more? No, but it was good.