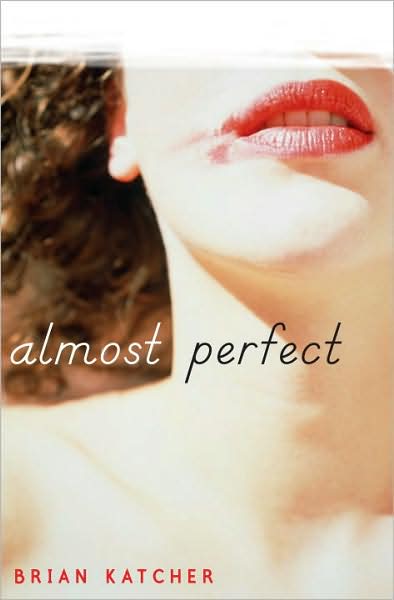 As a part of my YA librarianship class, we have to read a book from the GLBTQ genre of YA lit.
I'll be honest, I had a hard time picking out a book to read and, after starting this one, I'm glad that this is what I chose. However, let me just say that this genre isn't for everyone and if you don't think you'll like it then don't read it. Just, whatever you do, don't come and yell at me later :)

Logan seems to be a typical teenage boy and he just had his heart broken by the girl he has always dated. He is at a crossroads. Knowing the genre of this book I assumed that he was questioning his sexuality, but that is not the case. Reality for Logan is about to become much more complicated. I'm only two chapters in so I don't have much to say - but I do want to note that I like Logan already and I don't always bond to a character. It is so rare for me to read a book with a male protagonist I'm interested in the way he thinks compared to the way I typically expect characters to think.

Interested in hosting a book talk for this or other GLBTQ books? Check out this discussion guide. Also great for keeping an open mind and thinking objectively on the subject. One of my favorite questions was, "does the gayness matter?" Ultimately does it matter that the characters were gay, what if it were a guy and a girl, would the story change? It is an interesting thought and one to keep in mind while I read something totally new to me. It should be just a relationship story, it shouldn't be about the "gayness"

Okay, so I finished the book ... and I don't really know what I want to say about it. I guess I'll simply say that it was different than I thought it would be.

A bit of a spoiler alert here

It isn't a happy ending and I don't like it when there isn't a happy ending. The author has all that control, why leave the characters in an awful place? I know it isn't realistic to have endings that tie up in sweet little packages -- but I like them better that way.

Posted by Lizz in Bookland at 9:55 PM