City of Ashes: A Book Review I'm blushing thinking of how quickly I tore through this book - and some of those scenes, phew. My first read through this book was simply for the answer to Book One's question (I won't give it away, in case you're one of the three people who hasn't read it yet), I didn't linger on the story. This time, knowing the answers already, I was able to enjoy the story, take it all in, revel in Clare's cruel twists of my heart strings knowing it was all going to be okay (well, as okay as Jace and Clary's life could ever be).

This book isn't a place holder, this book twists a magical story about a girl who isn't sure she loves her best friend, has seriously terrible family problems, has near death experiences, and whose heart belongs to someone TOTALLY inappropriate. If I didn't know what I meant by all that, I would think that this was a modern day drama piece about how difficult High School is. The only thing is, Clary isn't even going to school, there are no mean girls, and the love of her life absolutely knows she exists. Clary really comes into her own in this book, she knows who she is, what she is capable of, and is willing to do anything to protect the people she loves (even date someone she has no romantic feelings for). Her heart may be broken, but she totally channels Hermonie and moves forward, knowing the bigger picture is more important than some steamy stolen kisses. We get to really see Jace too, he is broken inside, he lashes out as a result of his pain (which we know by the book showing, not telling, thanks Clare for not being Meyer), he is alone yet surrounded by family. He trusts no one but himself and hides behind a mask of sarcasm. Simon is also coming to stride, he is mature and willing to do anything for love. However, he isn't naive or pathetic. He is also his own character. I love that the cast of this book have their own story lines, they are totally reliant on other characters to have drama, humor, or interest (well, possibly Alec, but it is just because he isn't interesting to me. He is interesting in the Jace situations, he is interesting with Magnus, but not on his own. He is one of the few truly secondary characters). We start to see and understand Magnus more as well. He is hundreds of years old, but still struggles with the same human complexities as the other characters. Magnus may be a high warlock, but is willing to help out this group because he is growing fond of them (some members more than others). All he wants is an honest thank-you and appreciation for all he is doing (and at no cost!). 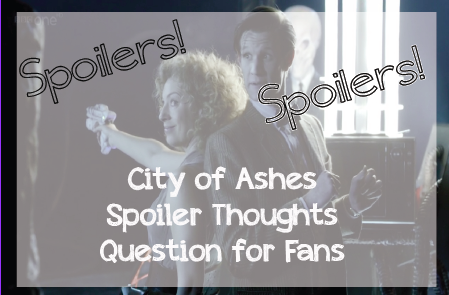 Seriously, if you haven't read the book yet, don't continue. This is my favorite scene and I wanted to talk about it a little.So they go to the Seile Court. Jace doesn't want to go, Simon insists on joining them. Isabelle is a little secretive about why she can get them in (of course the beautiful Isabelle has "dated" an even more beautiful knight)  yet they are in. Jace has given them a fistful of warnings but it doesn't matter, they are in so much trouble. This scene is so tongue in cheek that I nearly squeal the whole time I'm reading it. Jace saves Clary a half dozen times from doing something terrible before the Queen totally calls them on it. You can leave (after Clary has drank something), only after a kiss. Not any kiss, the kiss Clary wants most! Simon steps up ... BUT NO, that isn't the kiss she wants most. In one comment, the Queen is able to tear them all apart. Jace is to kiss Clary. Does the queen need a show, I don't know, but she totally gets one. The kiss is earthshattering. My heart stops beating and then nearly bursts from my chest! I read and reread the scene and my feeling is always the same. I'm aghast, the same time when I was still convinced they were siblings, I'm terrified that they gave in. Then it is over, everyone is horrified, sick. They leave be the damage is done. This scene is why Cassandra Clare is a phenomenal writer - this scene effects the rest of the books in direct and indirect ways.  Amazing!
Posted by Lizz in Bookland at 12:08 PM