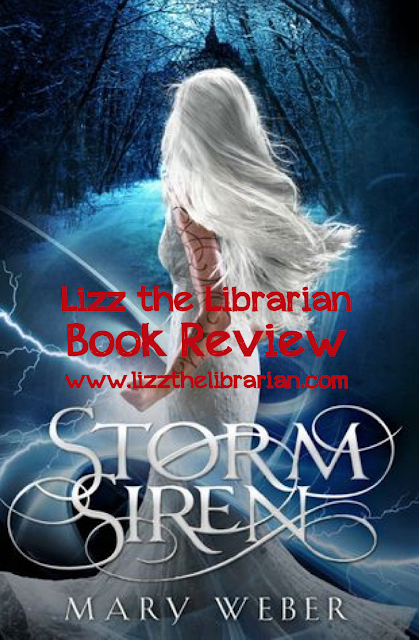 Why did I pick it up: I grabbed this on Overdrive because it had a good cover and the cover looked interesting. Plus it was checked in ... so I wasn't being too particular.

Summary: Nym is a slave, the circles tattooed onto her arm prove it. She has stood on the auction block 14 times, but today her anger gets the better of her and she brings in a storm without knowing how she does it. People die. Nym wakes up in a nice room and confusion overwhelms her. A powerful woman has bought her and is going to prepare her skill to help their war ... but can Nym really trust anyone?

Diversity Represented: Yes, I love it when there is a main character of color and their storyline is about their race.

The Good: Wowza, that ending. Seriously, if you start this book, keep reading until you get to the end. Even the parts that suck. Keep with it, the last few pages are totally worth it.

I thought the very beginning was interesting. The premise was good. Bah, let's just move on to the bad.

The Bad: This book is like so many others I've already read. That doesn't make it a bad book overall, but it just made it not interesting enough to be a good book. The characters were predictable, the plot line was average, the world was not developed enough. I felt like I had this tiny glance as to who these people were, where they were, and what was happening and it wasn't enough. This entire book hinges on the fact that you need to love Nym, hate the way she was treated, and root for her to be the hero. However, I didn't really care for Nym - she wasn't captivating enough for me to really enjoy reading.

The Bitter Truth: Had I been reading this book (rather than listening while I painted my art studio), I would have stopped. The book just wasn't interesting enough for me. However, the ending did pay off. Now I've overhyped the ending, but it did help the book be better.

How much did I like it? ** -- Two Stars (note the new rating system) ... on GoodReads I gave it three because I felt like the ending helped, but now I feel like it really is a two star book.

Book Bingo: Book with a Blue Cover
Posted by Lizz in Bookland at 12:29 PM