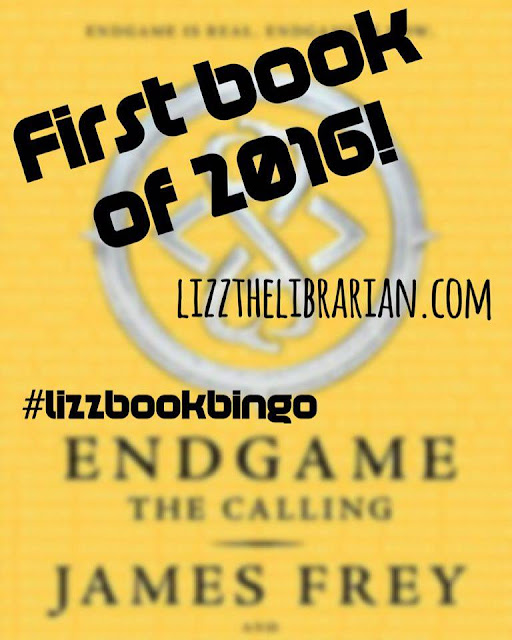 Why Did I Pick It Up: I'm a glutton for punishment, but I guess I wanted to read something by this notorious author.
Genre: Dystopian
via GIPHY

Favorite Character:  Jago ... he seems like the most honest character in the book

Diversity Represented: Characters from all over the world plus different abilities (deaf character, character with a tick)

The Good: This is an interesting take on a classic idea. People compare it to the Hunger Games, which I can see because we have kids killing kids, but it is more than that. There are 12 kids from 12 different family lines who have trained their whole lives to be a part of the Endgame. These kids have so much at their fingertips. It isn't some terrible government that is forcing them to do this, but rather aliens. Okay, that sounds cheesy, but it wasn't really.

I like the characters in the book, they are pretty cool and unique. Sarah is the most interesting character, but also the most cliched. She was Homecoming Queen, Valedictorian, dating the football captain, and just wants to be a "normal girl" ... oh, and every guy instantly falls in love with her ... oh, and she is seriously good at fighting. Did I mention she is tall and blonde? Jugo is not the most interesting of the characters, but I think he is the most honest and least cliched. His character has emotional depth and allows himself to be pulled in different directions. His inner thoughts are the most dynamic of any of the characters.

Other than Sarah and Jugo I really enjoyed the mix of ethnicities (these kids are from all over the world) and abilities. I liked how one of the characters is deaf and one has a tick, yet they are still contenders in the game.

The Bad:  So many characters at once! I was so overwhelmed with keeping track of everyone and didn't do a great job of it. There needed to be a chart or something. There were main characters with unusual names (that I'm sure are a part of their culture, but still hard for me to keep track of) and then secondary characters. Everyone was well described, but almost overly so. There had to be a better way to introduce all of these characters and then follow them around through so many POVs my head was spinning.
via GIPHY
There were plot holes and structure problems throughout the book. It was like Frey expected me, the reader, to just accept something insane happening and move forward. Not to mention how a major event would happen between chapters and then little hints would be given where I would be trying to fill in the blank while paying attention to everything that was happening. I kept going back to see if I'd missed something, but it wasn't me ...

My biggest problem with this book is how egotistical the author seemed. It felt like he was trying to flaunt his knowledge of history, ancient cultures, code, etc. by trying to weave this incredibly complex plot line and develop a story that rivaled LOST. This whole project fell flat on its face, in my opinion. It could have either been left out, or been better developed to feel like more of the story rather than a history lesson that pulled me out of the story.
via GIPHY
The Bitter Truth:  This story leaves much to be desired in both the lackluster storytelling and the major plot problems throughout the book.
How much did I like it? 5/10

Will I read more? Probably not, although I would like to see what happens to Sara. I'll wait for someone to spoil the ending for me.
Bingo 2016: Book set on another continent
Posted by Lizz in Bookland at 9:13 PM