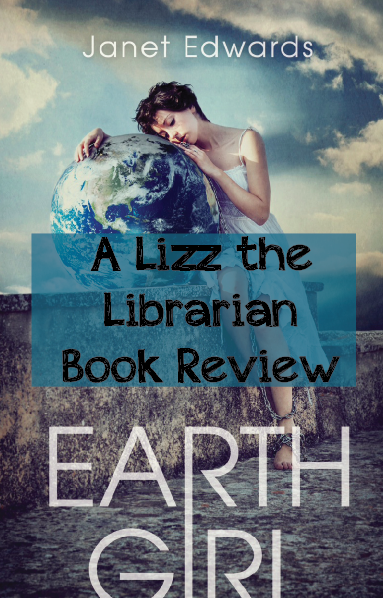 My friend and coworker brought it to me. We typically like the same books (like Cassandra Clare's series) and so I took the book happily.


The Good:
Janet Edwards writes an unlikeable character ... and it's okay. Well, it would be okay if I had another connection to the story, but more on that in a minute. Edwards creates an interesting world, if only I knew more about it. Jarra and her friends are labeled as "handicapped" because they can't live off world for whatever reason. This made me wonder what happens to the people we label as handicapped, but the book never goes into it. There is the whole new lexicon that took me several chapters (okay, half the book) to really understand. This is interesting, but not compelling, it was really more frustrating then anything else.

Oh, and what is the obsession with guys' legs? It felt like a ploy just to show how different the future is, but I'd rather feel the difference instead of being told the difference. What are great legs on a guy? Like a soccer players' legs? Is that what she means? The world may never know because no one told me ... *deep breaths.*

Also, I think it is a stand alone, which in a flood of series and trilogies, it is kinda refreshing.
The Bad:
The font. As a font nerd I try to ignore poor choices of font. Some books just pick something terrible. Not only was this font terrible, but it was tiny. Like I can't read it late at night tiny. It is making me crazy. And for not liking this book and this is one of my biggest issues with it, you know how crazy it really was making me.
The Ugly:
So many things made me crazy about this book, but nothing bothered me as much as the characters. When someone uses first person narrative they better have a brilliant reason for it, but in this book it was just a tool to develop characters and emotion that wasn't really there. Jarra tells me that she wants to make the exos look stupid, but she doesn't show it. In fact, as soon as she is given opportunity to do anything, she stops herself with little to no reason given. The secondary characters are flat and faceless, just members of the crowd, so much so I had a problem keeping their names straight. The only interesting characters were Lolia and Lolmack, but they were really glossed over after the first couple of chapters.

Then the ending, that neat little bow. Gah, I'll be happily returning this book to the library where someone else can pick it up and love it. Isn't that the great thing about there being so many books, each person really can find exactly what they want. This wasn't it for me, but for someone else it may be just the right fit.
Who will love this book?
My friend liked it because she likes "unlikeable" characters. She also likes books that are plot driven and doesn't think about things like the first person voice. If you want an interesting plot, unique story line, and don't get hung up on the nitty gritty like I do, you'll probably like this story.
How much did I like it? 4/10 ... I only finished it because a friend recommended it.
Will I read more? Nope :)
Posted by Lizz in Bookland at 10:00 AM