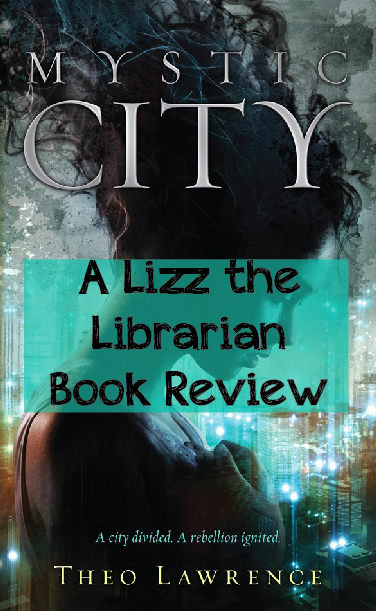 Why Did I Pick It Up:
It was on display in the Young Adult area of the library when I walked a patron over there. Because of the cover, I thought the character in the story would be black and I've been trying to read some more culturally diverse books (that aren't about being culturally diverse #weneeddiversebooks). However, if Aria isn't white, I glossed over it because I'm pretty sure all the characters were white ... just like in every other story I've read lately.


The Good:This is an almost dystopian Romeo and Juliet story. In fact, there are some obvious references to Romeo and Juliet. I love a good retelling. This is a trilogy, so I think it is safe to assume their endings are a little different though :) Aria Rose's parents have told her that she overdosed on Stic, a drug made from the depleted powers of Mystics in their city. As a result, she has lost her memory and doesn't have any recollection of her fiancé, Thomas, who she has supposedly been having a secret affair with for months and months until her parents found out. Seeing it as a way to bring two political powerhouses together, they agree to let their children marry. From the first chapter you know this story, know they could be the star-crossed lovers, but don't believe it for a second. I loved that. The Bad:The book was a little slow moving for me. It was enjoyable enough on the surface. Davida being the most interesting character was okay, as a secondary character she was in the book often enough to keep my interest piqued. The Ugly: Even though there was a lot of action, a lot of drama, a lot of romance, a lot of danger ... there wasn't a lot of drive to keep reading. In fact, I had this book with me during my vacation and didn't read a single page. I'm going to blame it a little on the "I voice" which I think is often used to tell and not show what character's motivations, fears, and feelings are. But I don't think it is just that. Romeo and Juliet is a fast paced, whirlwind romance, drama, action, and heartbreak in fewer pages then this. Maybe there isn't enough Romeo and Juliet story to bring a book of this length to life without having other legs to stand on. Don't get me wrong, I liked the story, but I didn't LOVE the story.

Oh, if you want more ugly, you've got to check out some of the reviews this book got on Good Reads. Wowza. Who will love this book? If you like star-crossed lovers, retellings of classic stories, dystopian romance, or you really want to hate some fictional parents, this is a great story.
How much did I like it? 7/10Will I read more? Probably not, as you know, I don't really like sequels.

Posted by Lizz in Bookland at 9:27 AM