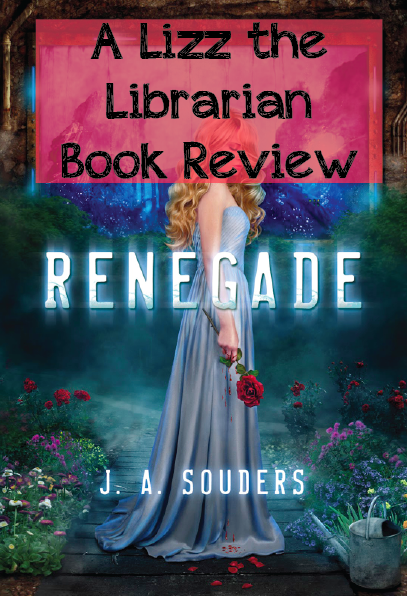 Why Did I Pick It Up:
I was on a suggested reading list from the YA department at work.
The Good:From the moment I started the book I was hooked, but at first I was hooked because it was so bad. I couldn't figure out why the responses were so robotic and why the character was so flat, so one-sided. When the second chapter started the EXACT same way as the first, I started to understand the Stepford type voices I was getting here.

The "Mother" character was fascinating and I liked not knowing what was going on for awhile. I can't decide if the book tried to do too much in too few pages, or if the action was just really fast paced. Going under the sea gives me the creeps because I'm fairly claustrophobic, but the storyline was unique and fascinating. I feel like everything was hit on just enough (the secondary characters, the setting, the government) except I would have liked a little more time spent on how Evie feels about everything ... but I always want that, so we can ignore me over here :)
The Bad:Plain and simple, this is a romance book. I wouldn't even say it is a love story because I don't think it is quite that deep. The book takes place sometime after the next world war, placing it somewhere in-between a Dystopian Novel and Science Fiction. Although I tore through the book, the story, characters, and dialog were pretty shallow. That didn't make them less entertaining by any means, it was a great story (I mean, I read it in two sittings, so obviously I didn't dislike it). The Ugly: This book sorta reads like a Harlequin Romance novel, without the graphic scenes. Scenes like Gavin seeing up Evie's skirt while climbing a ladder to her accidentally walking in on him in the shower and the frequency of these events makes them boarder on cheesy. When she "forgot" she was naked really made me roll my eyes, in a society where people don't touch, who is that comfortable in their own skin? Who will love this book? If you like books like romance books like Hush, Hush or dystopian novels like Divergent (I know, seriously though), you'll like Renegade. It's a smidge racy, so probably recommended for 9th grade and up :)How much did I like it? 8/10Will I read more? That ending ALMOST makes me want to read the second one ... I'll probably add it to my "to read" list and pick it up sometime.

Posted by Lizz in Bookland at 5:45 PM