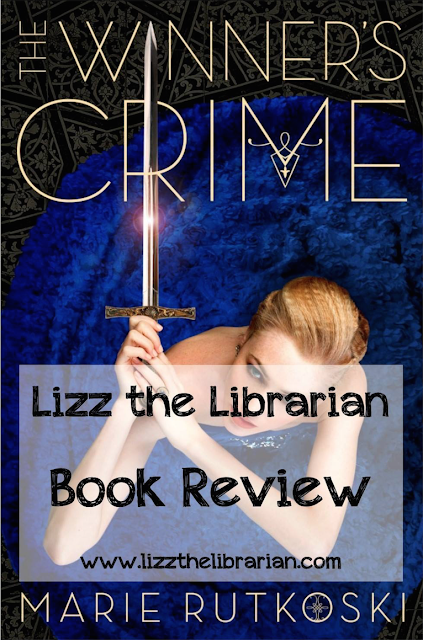 
Why Did I Pick It Up: I couldn’t wait to start this one after finishing Winner’s Curse!

The Good: We are back in Kestrel and Arin’s world once again. I missed them so much (okay, I only went about 12 hours between finishing one book and starting the next – leave me with my dramatics). We really start to get to know Kestrel’s father in this book, for better or for worse and Kestrel makes a grand gesture to show how much she loves Arin. However, in a war torn country, grand gestures are probably better left undone.
The plot really starts to get complicated in this book, which can make for exciting reading. The characters are still well rounded, the description is less in this book now that we know the world better, and the plot is quick and ever changing.

The Bad: Where did the magic go? This is still a great book, but Kestrel and Arin together is what made the first book so fantastic, and now in this book they are separated so much. No more magical banter, just a powerful King who makes my skin crawl, his annoying prince who seems fairly stupid, and Kestrel’s father who is more concerned with pleasing the King then wondering about Kestrel’s future and what is best for her. He isn’t winning father of the year.

The Ugly: That ending, that wasn’t enough resolution for me. We left off in the worst of places. In fact, it was so bad that it didn’t leave me hanging on for the next book, but rather annoyed with the series and unsure I’ll read the third title or not.

Who will love this book? If you loved the first one I’m sure you’ll jump in with both feet for this one, just don’t be expecting it to be exactly the same.

Will I read more? Maybe, I haven’t even looked up if the third book has come out yet, so you can see my lack of dedication