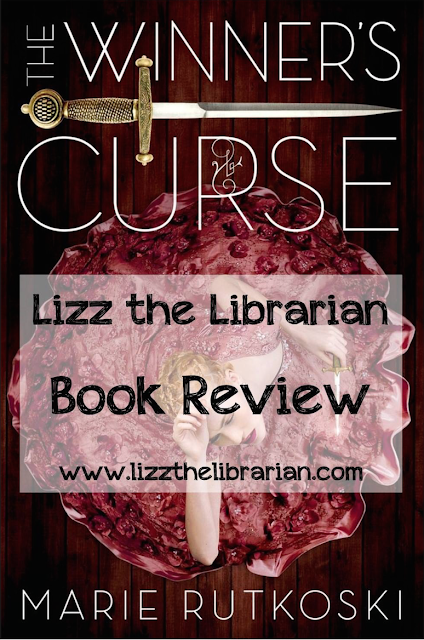 Tweet Synopsis: Kestrel is the daughter of a general who accidently purchases a slave. Arin is a slave who changes Kestrels’ life forever


Why Did I Pick It Up: It was on the summer reading program sneak peek list, I book talked it at the library

Genre: Historical-Dystopian (is that such a thing?)

Reminds Me Of ... nothing, seriously, I don’t know what to compare to this book

Suggested Age Range: Middle school and up
Favorite Character: Arin – I love how we don’t really trust him.
Romance: Yes

The Good: This book was brilliant. Thinking about it now, two months after I read it (seriously, I’m so behind with these reviews) makes my heart beat faster. The book was so unexpected. I didn’t know anything about it going in and absolutely didn’t know what to expect.
Kestrel is the daughter of a wealthy general. She lives in a society that leaves very few choices for young people. You either train to be a solider or you marry. That’s it. Those are your choices. Kestrel is torn, her father has been training her since she was born to be a solider. Her mother, on the other hand, was a lover of music and passed down talent and passion to Kestrel, but does she really want to marry?
All of the characters in this book are so vivid, even now I imagine what they look like, their expressions. They became so real to me over the course of two books. I feel like I could walk through Kestrel’s house, in the gardens. I feel like I know what the market place looked like and I felt Kestrel’s passion while playing the piano.
Arin does not lack the same elegance as Kestrel’s character. From the moment Kestrel buys him at the market she is pulled to him and so is the reader. What is the story behind those shining eyes? His story is more complicated than we think. His past is quickly catching up with him. This deliciously complex storyline will have you staying up all night to finish it.
Even if you aren’t obsessed with the story, the banter between these two characters is worth the read in and of itself.

The Bad: With all of that beautiful writing, the story reads a bit slow. Now, I liked the description and I felt that it was very evenly balanced with plot and character development, but the books aren’t quick reads like many others that I review.

The Ugly: I have nothing … this was really a great book

Who will love this book? If you liked The Grisha series by Leigh Bardugo you’ll like this

Will I read more? I did already, watch for the second review coming soon!