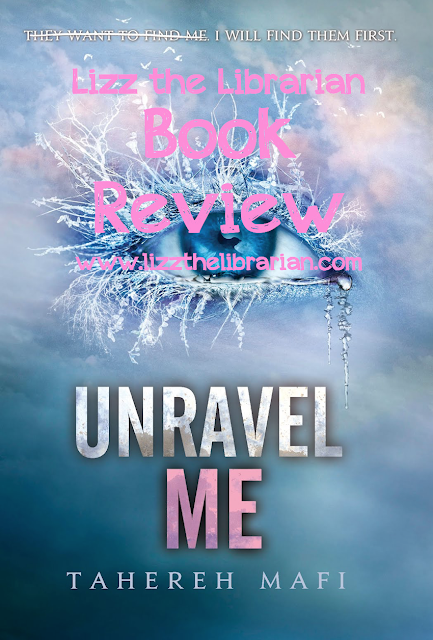 Why Did I Pick It Up: It is book 2 from the Shatter Me series.
Genre: Dystopian/Sci-Fi

The Good: Warner. I love this little sad, broken puppy dog. He reminds me of Dean from Supernatural. He is all sorts of gruff on the outside, willing to do anything and has a mind full of regrets, but he would do anything for the person he loves. Warner's character is rich and complex and makes up for all of Juliette's short comings as a character. Unlike the other characters of the book, Warner evolves, or at least we come to know more about him. He is layered, complicated, and so real.
via GIPHY

The entire book is action, which makes it a quick and exciting read. But also makes the book plot driven, which isn't my favorite.

Um, I'm just going to say that the kiss ... wow that kiss ... that made all the bad plot and lack of character development worth it.
via GIPHY

The Bad: I started this just after finishing Queen of Shadows, so that might be part of the problem I had getting into this book. I expected to learn more about the underground compound and the people who lived there. I also expected Juliette to be less shattered in her thinking and have developed a little. Instead Juliette is the same as ever, a little pathetic and it was grating. Much like Bella of Twilight fame, she was just ready to curl up and die for the man she loves and refuses to do anything of note. This was more than grating.

Adam has a secret he's been keeping from Juliette, and with all of her existing trust issues, this causes her to be a little (read a LOT) crazy. Juliette's behavior for the first 1/3-1/2 of the book made me almost quit reading.

The Bitter Truth: If you can just hold on until Warner walks in the room, the book will be brilliant. Oh, and just wait for that ending.
via GIPHY

Who will love this book? People who liked the first one. Fans of Twilight. Fans of Divergent. Fans of X-Men.