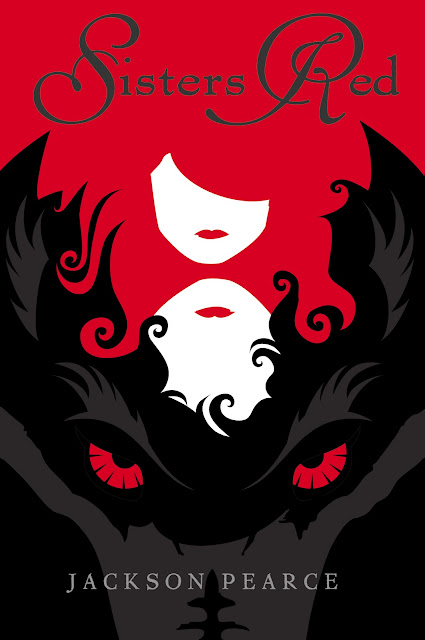 This is one of the books I'll be book talking at an upcoming YA program. I totally "judged books by the cover" when I picked out my two books I was totally attracted to the covers. However, beyond the cover, Little Red Riding Hood is my favorite Grimm tale. It is dark and delightful.

On to the book. It starts out with young Rosie and Scarlett March. Their grandmother is attacked (shocking), but on a delightful turn, a man doesn't show up to save them (Joseph Gordon-Levitt would approve). Now onto adulthood Scarlett carries the physical scars and Rosie carries the emotional burden as they band together with the help of  Scarlett's only friend, Silas, to fight the Fenris.

Here are some problems: First, their names. Scarlett and Rosie? That is a little heavy handed with the red metaphor I think - couldn't one of their names been a French version of this? They are the March sisters, which in the literary world should only refer to the Little Women. Scarlett is covered with scars? That was just bad planning. The second problem? The pretty shallow development of Rosie's feelings toward Silas. Okay, so she likes the boy and knows she shouldn't. Now what? This has been going on for 147 pages now. Make a move or move on.