Book Review: An Ember in the Ashes 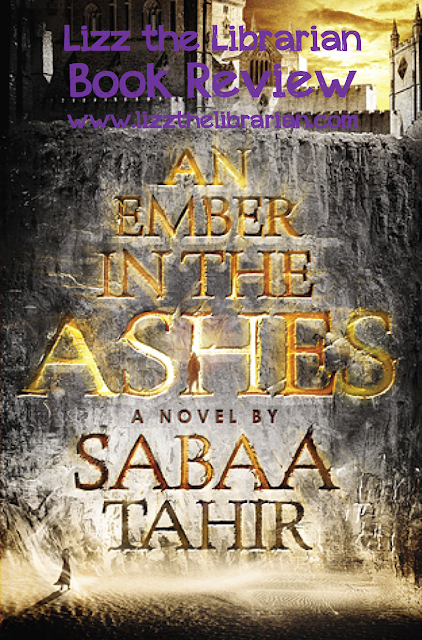 Why Did I Pick It Up: Many of my GoodReads friends had added it to their "to read" lists
via GIPHY
Genre: Fantasy

Reminds Me Of ... The Red Queen, and some other books I read this year

Romance: Yes, but not a lot

The Good: It was a fun read coming off of several other books that were similar. I liked how strong Laia was described, she didn't need men coming to her rescue, she is going to rescue herself. That's awesome and more inspirational than some other YA books (which will remain unnamed).

The Bad: The world building could have been more ... I just needed more. I felt like there was a lot of information I missed out on and I spent time re-reading chapters. I think that could have been solved by telling me more about where they were, the society, the history, etc.

The timing of this book just seemed off. Not enough time was spent on the world, the plot, or the characters (who are, for the most part, quite one dimensional). I just wanted more of everything, but the book itself was already a little long.

I don't care if it is a part of your world, the passiveness of rape in a world's culture just isn't something I'm comfortable with ... this is the second YA book I read this year that used rape as a plot device and I think that is a cheep way to play on the emotions of your reader.
via GIPHY

The Bitter Truth: Exciting to read ... but just not a strong book.

Who will love this book? If you liked Red Queen

Will I read more? Probably not
Bingo 2015: none

Posted by Lizz in Bookland at 8:56 PM

Email ThisBlogThis!Share to TwitterShare to FacebookShare to Pinterest
Labels: An Ember in the Ashes, Sabaa Tahir