Book Review: The Queen of the Tearling 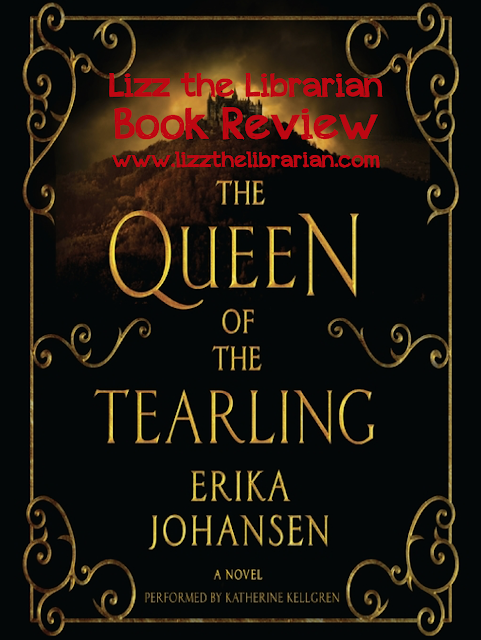 Why Did I Pick It Up: Did you see that cover? I really found the description awesome from a year ago.

Summary: After spending her formative years in hiding (and doing LOTS of reading) it is time for Kelsea to go home and become the Queen she is meant to be. In a land without technology, they are the light battling a stronger kingdom’s darkness that threatens to crush them on their way to power. Kelsea is uncertain at best and weak at worst. Her people question her ability to rise to the occasion and her idealistic nature might be her own undoing.


My favorite quote from my notes: "Even a book can be dangerous in the wrong hands, and when that happens, you blame the hands, but you also read the book.”

The Good: Is it bad that right now I only want to write that the cover is brilliant? Sigh.
That isn’t the only good thing about the book, but it is what stands out to me. I loved that the book isn’t based on a relationship and that Kelsea loves to read and is quite obsessed with her books.

The world-building here is on point. There is a great amount of time and detail shaping this world and communicating it to us. I love the slow reveal of some important details. BEAUTIFUL. Now, if only plot would have been in line with this we might have been okay.

The Bad: Kelsea is immediately obsessed with Fetch, especially when he tells her that she is too plain for his tastes. For a girl who says she is okay with her looks, she spends A LOT of time thinking about how she is okay with them.

I know Kelsea hasn’t spent a lot of time with other people her age, but her obsession with him right out of the gates overwhelms me. I feel like it is all she talks about. She is like a pre-teen obsessed with Justin Bieber … I’m so over it. This is a big part of the “offend a girl and she’ll like you more” crap that I hate and seems to be a big part of our culture.

This book isn’t about girl-power, this is about the opposite of girl-power. A girl is in power, but it is
the men around her that make it so. I know there are other women and they are awesome, but Kelsea is a weak link and I kind of hated her.

Two issues:
1. I hate our main character, but that doesn't really make her a bad character. I don't like how passive she is, I like to read about girl power and decision making. Her decisions seem to be based on her own whims and then everyone has to struggle to support them. She is at home a moment before making a HUGE decision that rocks her whole country. It felt like a huge plot jump or hole or crappy problem ...

2. My second problem was the plot. It wasn't that I didn't like the storyline, I actually found it really interesting, but the pacing was all off and it didn't seem quite developed enough. Plot should have a main storyline, several substorylines, and something to be overarching for the series in order to keep the reader interested. This seemed to only have the main storyline, which was interesting, but all of the other moments felt like forced movement to keep that one storyline moving forward, which made reading feel tedious at times.

The Bitter Truth: This book needed a really great editor, but missed out. It has a good plot, an interesting cast of characters that represent a variety of ages, but suffers from an unlikeable protagonist and pacing issues.

Email ThisBlogThis!Share to TwitterShare to FacebookShare to Pinterest
Labels: Dystopian, Dystopian-fantasy, Erika Johansen, Fantasy, mature YA, The Queen of the Tearling, Three Stars