Book Review: Girls Made of Snow and Glass 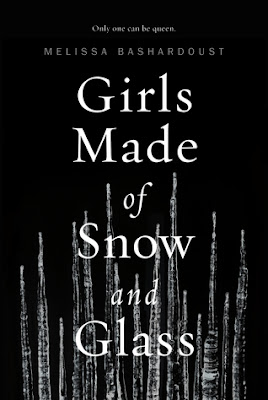 Girls Made of Snow and Glass by Melissa Bashardoust
My rating: 3 of 5 stars

I love Snow White. It is actually my favorite of the Disney version fairy tales. It someone hadn't told me that this was a retelling of that original favorite, I probably wouldn't have guessed. It might just have been a little thought in the back of my mind, which honestly would have been better.

I expected Snow White, I was watching for Snow White ... I didn't get Snow White. Blah.

The story was good, I didn't ever really care for Lynet. I tried to like her, but her perfect face and her sweet attitude made her too flat of a character to love. There was no depth to her. I never really cared: lived, died, miserable, happy. It didn't matter.

The whole story with the snow magic, blood magic, and glass magic was interesting, but also undeveloped.

I never looked forward to reading this. That's always a bad sign. If I had more of a drive to read the book then I probably would have given it four stars. But I just didn't care that much about the story. It moved a little too slow.

Okay, so slow and undeveloped, weak characters and poor translation of Snow White. The story was still interesting, I mean, I read the whole thing. Partly because I am trying to read more genres and this was on my LGBTQ list.

Ummmm.... as far as romance goes this totally falls flat. I expected something MORE. I don't know what more, but if it were a boy and a girl I would have expected more angst, people figuring out what they wanted sooner, just more. I felt like the lesbian "romance" in this story was more of a plot point to help sell the book than an important part of the story. It was always awkward and strange, like the author was uncomfortable writing the words, which made reading feel strange and weird.

Moral of the story really is that Mina was a great character and made me finish the book. The romance falls flat, the plot is thin, the character under developed, and pretty much no emotional depth. I mean, I read the whole thing, but writing this review I'm wondering why.