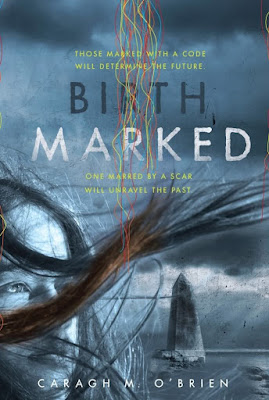 Birthmarked by Caragh M. O'Brien
My rating: 5 of 5 stars

This was FANTASTIC. I don't want to oversell it, but seriously it was good!

I actually skipped a Target trip to read this ... yep, I couldn't put it down.


Gaia is becoming a midwife, just like her mother, and the story opens at her first birth where she does everything just right and advances a fresh newborn. If you aren't a little horrified yet, you are a braver soul than I.

However, things soon get, complicated and Gaia's parents are kidnapped and the plot thickens. Actually, the whole story was really intricate. Although the world building was a little thin, it was mostly just fine. There were a few "Hunger Games" type flashes that could have been fleshed out a lot more, but mostly it was really awesome.

Between truly 3-dimensional characters and a complex plot this was the best dystopian read I've had in a LONG time.

Posted by Lizz in Bookland at 2:04 PM