Book Review: As Old As Time 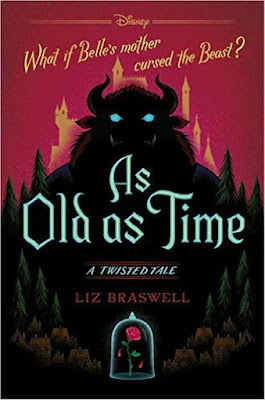 As Old As Time by Liz Braswell
My rating: 4 of 5 stars

Okay, about the story.

So the backstory part is BRILLIANT. Maybe that happens in the old French tale, I don't remember it, but that doesn't mean it isn't there. The detail and setting to build up to the story we all know and love is exactly the kind of "fleshing out" fairy tales need for adults to enjoy them. I was blow away by how Maurice and Belle's mother (sheesh, her name escapes me right now) met.

About Belle. She is a lot like the movie version, curious and brave. She is very princess-y in that she cares for everyone and everything. She is not the most interesting character here, but I think that is because we KNOW her so well.


The Beast. I liked this rendition of him. He is much more animal-like in this story and I like how that makes him more difficult to "fall in love with" in reality. He isn't a big humanlike puppy, but rather a scary monster.

The animated household. They take the cake. I love all of the descriptions that Braswell gave to them. All of Belle's double takes as she thinks Lumier put a hand to his face, but then realizes he neither has a hand nor a face. Brilliant. All of their interactions with Belle really make the story come to life.

I was a little disappointed on how unenchanting the library was made to seem. I mean, that is my FAVORITE part of the whole story (hello, princess booknerd). Blah, but overall that wasn't enough to make me disappointed.

Overall I cannot believe that this was written by the same author as the Aladdin retelling (I'm too lazy to look up the title) because it was terrible and this was honestly delightful.

The ending, well, no spoilers, but it's brilliant.