Halloween is my favorite Holiday out of the whole year! But, this year's day was a total bust! I got a terrible cold on Tuesday and spent all day yesterday as sniffling mess with a whisper voice. Sigh!

However, I did do my first really cool Outreach Librarian thing! I took the bookmobile (that's right, I DROVE the giant traveling library) to the After School Program in our town. All of the after school kiddos are bussed into one school that has a great space and programming for them. After my predecessor retried in January, the bookmobile stopped coming to them. Even through my foggy medicine head, the kids were SOO excited that we were back.

Then I had such a wonderful time I almost forgot I didn't feel well! 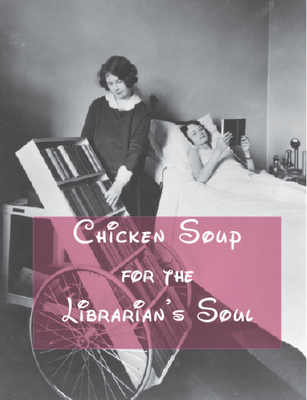 Highlight of the day? Other than when seeing kids I've know since they were little or know because they are regular library patrons, the highlight definitely came while I was reading Cinderella Skeleton (by Robert D. San Souci). 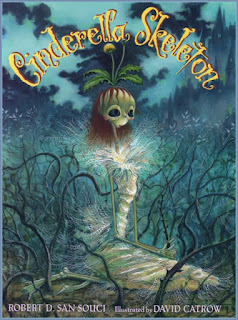 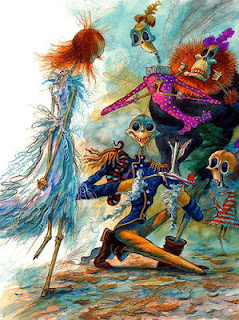 In afterschool club, I read stories while small groups of kids go out to the bookmobile. I was about five pages into the story when it was time for the second group, as I started to call on kids to go out, no one wanted to go (although they had ALL raised their hands about ten minutes before saying they wanted to go out and checkout books). I tried to entice them by telling them about the fun Halloween goodies we had brought along and one girl said, "I'll go out later, I really want to hear the story first." The other kids (even the boy who, at first, wouldn't even take off his Halloween Mask) were nodding in agreement. I quickly got back to the book! Who knew that storytime with a group of third thru fifth graders would be so rewarding!!
Thank-you Robert D. San Souci for the GREAT book!!

After my busy day at the library I went straight to Fall Festival. Although I couldn't go cotton candy feeling sicky, I did get to be a costume contest judge! What little cuties were out there last night!! I love how families come as a theme and their teenage children even participate! Brilliant!!
Posted by Lizz in Bookland at 10:17 AM