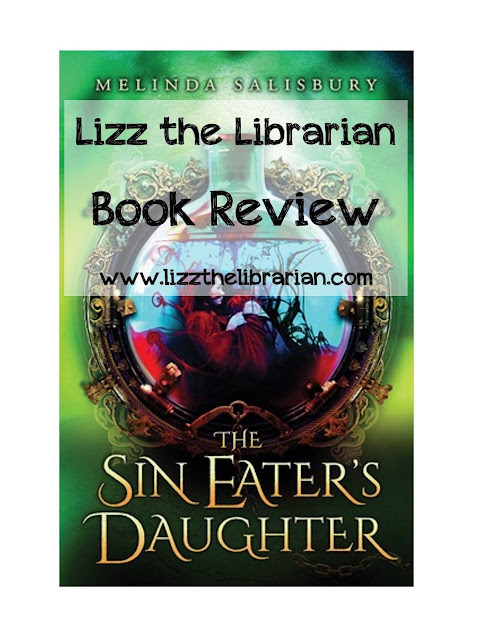 Why Did I Pick It Up: Um, it has a really fantastic cover

Suggested Age Range: 9th and up

The Good: The Sin Eater's Daughter is about Twylla who had the choice between becoming the next Sin Eater or having skin that will kill people with a single touch. She choose the later. As you may suspect, it is more complicated than that.

The prince was the most interesting character for me - he was the only one who was real, honest, and true the whole book through. Unfortunately that didn't really make him interesting, he just wasn't used as a plot ploy throughout the story.

Leif could have been amazing - if he hadn't fallen in love with Twylla (this isn't giving anything away, you totally know in the first chapter). This story could have benefited from some unrequited love, it would have at least created some tension.

The Bad: Why on earth did Twylla become the poison-girl to begin with (I don't remember what her position was called). Why is her mother so cold? Who knows the old stories/who is with the queen? What does the castle really look like? I feel like we got bits and pieces of a description and they didn't really match up with each other. I felt like more chapters gave me more questions and none of them are resolved for me.

The Ugly: I feel like the whole story falls flat. Nothing turns out differently then you expect, the shocking realizations that you would think are pulling the rug out from under the reader are merely plot shifts. I didn't care that much about Twylla because she didn't seem to care much about anything. She does seem to love her sister, but makes ZERO effort to do anything about the fact that they are separated.

There is no emotional drama, no character depth, and I don't even know how I finished the book, I guess I kept holding out that it would get better. The story was different, but could have been handled so much better.

Who will love this book? I'm not sure, fantasy lovers that aren't expecting too much, haha

Will I read more? Nope