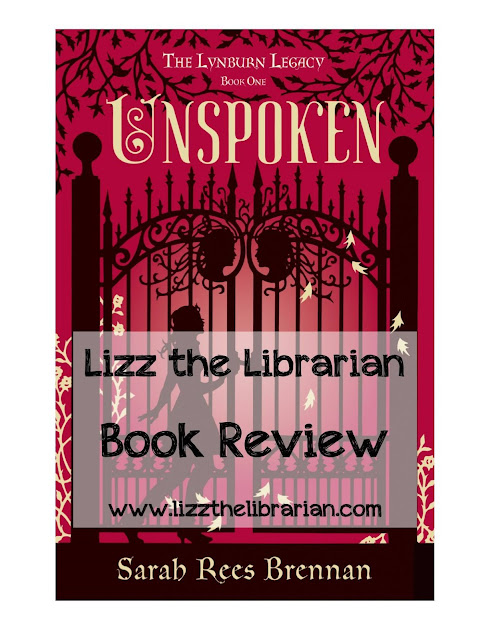 Why Did I Pick It Up: I don't remember, except the cover reminds me of the show The Gates that was only on for one season ... that may have been why I picked it up.

Reminds Me Of ... Do you watch Hemlock Grove? In a less intense way, this book reminds me of that show.

The Good: This book was unexpected for me, especially since I can't remember why I picked it up to begin with. Enter Miss Kami Glass, she has held on to one true friend (Angela) since everyone thinks she is crazy. She's crazy because she has full on conversations with a boy whom she has been talking to pretty much since birth.

Kami is fearless in the best sort of ways, she is a cross between Harriet the Spy and Nancy Drew who has talked the administration at her school into letting her start a newspaper. However, the book isn't even about that. It is about her and this connection she has to a voice in her head ... which turns out to be quite real.

The Bad: There were many times in this book that I was confused, like I felt like I had missed a chapter confused. I hadn't and I re-read parts, but I felt like important information was skipped.

The Ugly: I would have liked more tension between Kami/Jared/Ash or at least between Kami/Jared. It was there, I would have just fleshed it out a little more. The ending felt rushed too, like there was so much information we couldn't get it all and still make a page count (that sounds petty, but it read like that).

Who will love this book? If you like Gothic stories you'll like this - although it isn't going to keep you up at night.

Will I read more? Probably not