Another exciting chapter in the Mortal Instruments Series. Clary has to go to Idris on an adventure, unfortunately no one wants her there and she has to sneak it, and then go it alone. Jace is angry that she does this, he specifically doesn't want her in the city. WHY? Doesn't he love her? The love triangle between Clary, Jace, and Simon worsens when she finds out Simon is in jail! There is an epic battle, we learn a bunch about the Shadowhunters and how they came to be, and lots of new characters are presented. 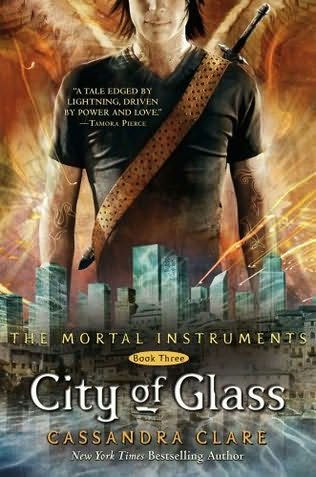 It was in this book that I really realized that Cassandra Clare was an excellent writer. Not only has she developed this great series, but she really develops characters in a way that I connect with. Yes, I love the main characters - but even the minor characters (who doesn't love Magnus) and the Evil ones have histories that are written with detail and developed fully.

Have I mentioned I love this series?